The properties of ammonia make it perfect for refrigeration use. For example, ammonia’s cooling capacity is greater than other refrigerants. In other words, it takes less ammonia than halocarbon refrigerants to get the job done, so the system does not need to work as hard. In large applications, it is one of the most efficient refrigerants you can use.

Because ammonia is very efficient, companies with industrial cooling or chilling equipment can save a lot of energy with NH3 systems. Savings are sometimes fifteen percent or more. This represents substantial savings in a large operation. Ammonia refrigerant is readily available and inexpensive, which adds to its cost effectiveness. You can buy anhydrous ammonia from industrial refrigeration services at affordable prices.

3. Good for the Environment

Even though NH3 emits toxic fumes, these fumes are not hazardous to the environment. When ammonia release to the atmosphere it rapidly rises because it’s lighter than the air. It only takes a few days for ammonia to decompose, and it releases nitrogen in the process. Unlike some refrigerants, ammonia does no harm to the ozone layer, and is not a hazard after it gets into the atmosphere.

Ammonia fumes are toxic, but easy to detect. When there is a leak in a system, you will know about it quickly, and be able to take action. Ammonia is relatively safe from explosion hazards, except under certain conditions. However, handling ammonia does require training, and safety precautions, and you should always use trusted industrial refrigeration services. Contact McNeil Industrial to learn more!

Ammonia refrigeration systems function in a similar manner to fluorocarbon systems. However they do possess distinct differences. Due to Ammonia being a toxic substance you will not typically find one of these systems in any residential home. Though they may not be effective in small applications, the use of Ammonia…

Issued in 1992, the Occupational Safety and Health Administration’s (OSHA) Process Safety Management (PSM) regulation is designed to give guidance to facilities regarding the safe management of any hazardous chemical processing. In the food industry, there is a regulation requiring the use of ammonia refrigeration systems for refrigerating foods at…

At McNeil Industrial, we offer first-in-class industrial refrigeration services throughout North America. Through the application of our extensive knowledge and experience our design and installation capabilities have the industry standard. We have the capabilities to provide you with the type of results that will fill all of your ammonia refrigeration…

We are always looking for qualified dedicated people to join the McNeil Industrial team. 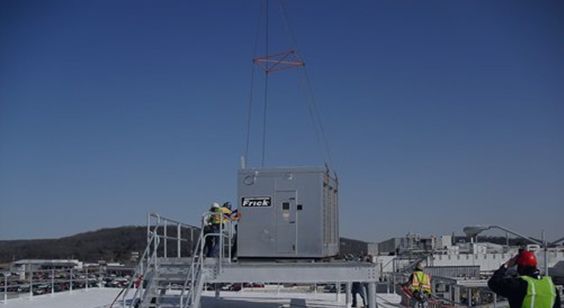